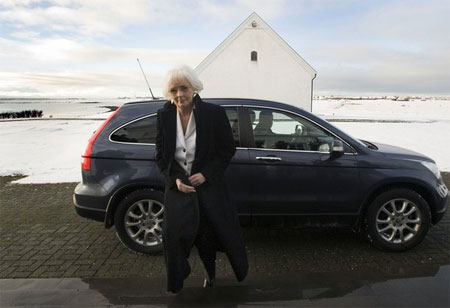 Last Tuesday I mentioned that it looked likely Johanna Sigurdardottir was set to become the world’s first openly gay prime minister. That has now taken place. 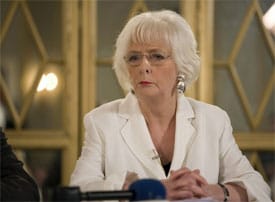 The NYT: “She began her political career as a union organizer with the national airline, now known as Icelandair, where she had worked more than 30 years ago as a flight attendant. She has two sons with her former husband, a banker, and six grandchildren. Ms. Sigurdardottir established a civil partnership in 2002 with Jonina Leosdottir, 54, an author, playwright and journalist. She, too, is a divorced mother. Although Ms. Sigurdardottir’s rise has drawn widespread attention on Web sites for gay men and lesbians outside Iceland, her relationship is considered unremarkable at home. In 1940, while still a dependency of Denmark, Iceland decriminalized gay sex. It approved civil partnerships for gay and lesbian couples in 1996, one of the first countries to do so. ‘Iceland is a small society, and the public knows what Sigurdardottir stands for as a politician, and that’s the only thing that is important,’ said Frosti Jonsson, a spokesman for Iceland’s National Association of Queers. ‘Nowadays, not only does Iceland have one of the most progressive legal environments for gay people, there have also been changes in public attitudes towards gay people. It simply isn’t an issue anymore.'”

What is significant is the recent economic collapse of Iceland, which lead to the resignation of Independence Party Prime Minister Geir Haarde, setting events in motion to place Sigurdardottir in power.

A report on Sigurdardottir’s transition, AFTER THE JUMP…