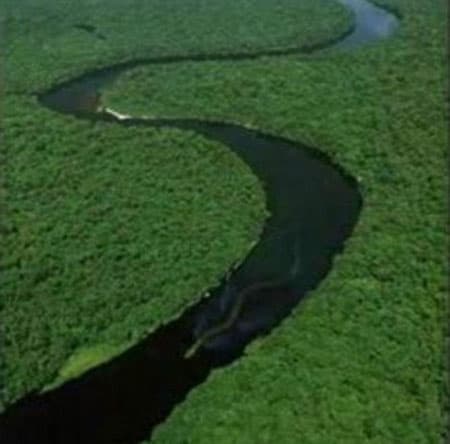 A member of a disaster team monitoring flood regions in Borneo by helicopter who perhaps also knows Adobe Photoshop has released this photo of a mythical monster apparently familiar to folks in the region:

"People who have studied the photograph of the shape taken from the air have dismissed suggestions that it's a log. As one writer asked: 'A log can't be that winding, can it?' Others have suggested it's a speedboat, but this has been dismissed because of the twisting wake. The most common accusation is that the photo has simply been manipulated on a computer, while others complain that the river is a different colour to the real Baleh rover which is a murky brown. But villagers who insist the snake exists say that photos of the creature being taken in different parts of the river prove it is swimming about."