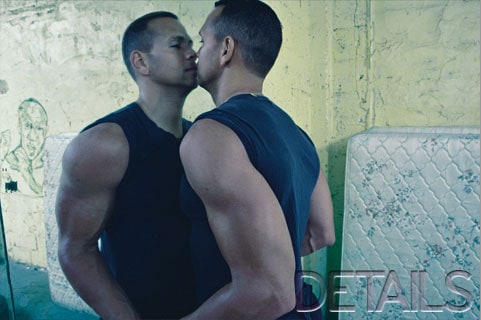 Details reports, in their cover story, that the thing that worried A-Rod the most before the steroid revelation was the public finding out his favorite Madonna song and having it played as he stepped up to bat at an away game: 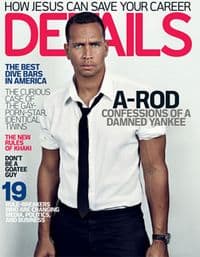 "Maybe Rodriguez is in denial. He's just spent the afternoon happilyposing for the cover shoot for this story, showing off his strappingphysique and loosening up with shots of Patrón. His pals talk ofcontinuing the party nearby, at the remodeled Fontainebleu hotel. Whenhe calls later there's no panic in his voice, no foreshadowing of thehumiliation that he, at least, knows is coming. It really is asthough his biggest concern in the world is that Madonna song. That fearis misdirected anyhow: Like an opposing team's ballpark needs anyinspiration to crank up a Madonna song when A-Rod comes to the plate.Velvet-vested organists have been practicing the entire Ciccone oeuvrefor months."

More shots, AFTER THE JUMP… 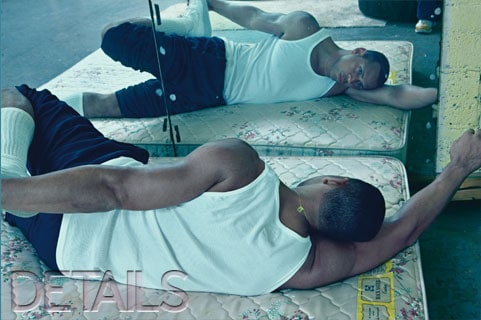 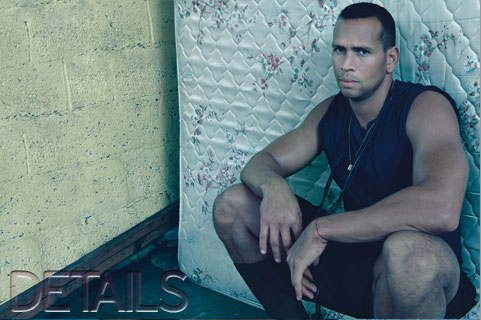 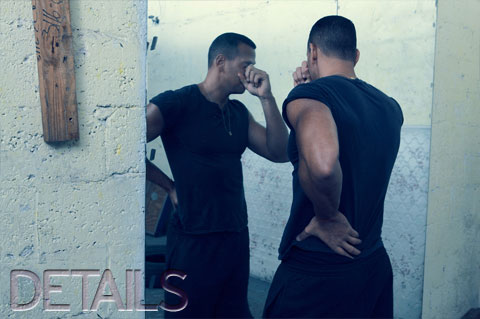 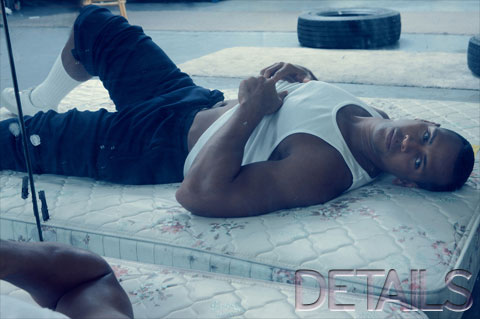 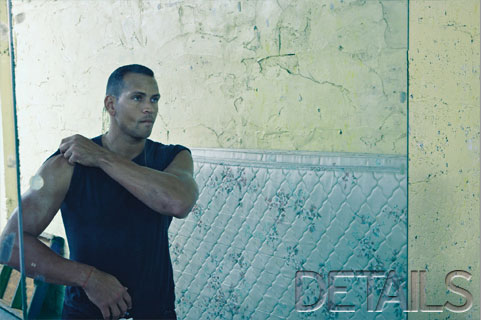 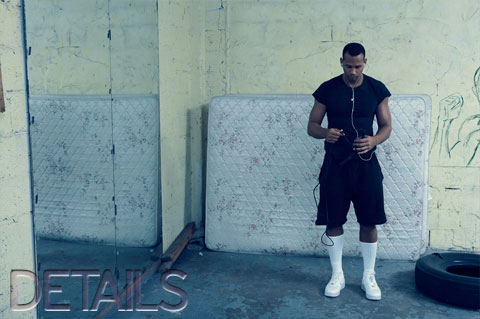