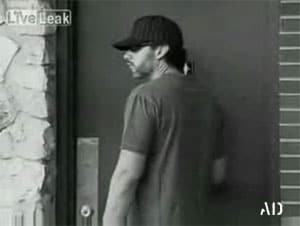 "The fight began after the city commission last year revisedGainesville's anti-discrimination ordinance to protect transgenderpeople – those who are born one sex but identify with the other. Thatallows the city's approximately 100 transgender residents to use thepublic restroom of their choosing, along with protecting them from joband housing discrimination. Those supporting repeal say their message has remained consistent: 'Keep men out of women's restrooms!' … 'That's our motive, plain and simple,' said Jim Gilbert, a spokesman for Citizens for Good Public Policy. Onthe other side, a group known as Equality is Gainesville's Business iscampaigning for a 'no' vote on Charter Amendment 1. It argues that thecity ordinance does not need amending and that the transgender argumentis really a screen for a larger attack on sexual minorities. Home tothe University of Florida, Gainesville is generally considered agay-friendly city surrounded by conservative north Florida."

In January, I reported that Citizens for Good Public Policy was fueling their crusade against the ordinance by broadcasting a disgusting and misleading fear-mongering ad that showed a sexual predator entering a restroom at a child's playground.

The AP has reported that "Since the ordinance took effect, police have reported no problems in public restrooms stemming from the law."

Previous Post: « Rascal Flatts Reaching Out to Gay Fans with New Track?
Next Post: Towleroad Guide to the Tube #452 »