A United Nations declaration on human rights which calls for the global decriminalization of homosexuality which the U.S. declined to sign under Bush last December will be endorsed by the Obama administration, the AP reports: 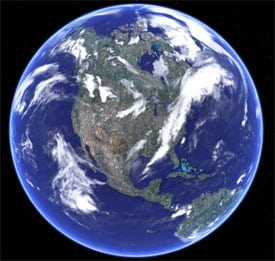 "U.S. officials said Tuesday they had notified the declaration's French sponsors that the administration wants to be added as a supporter. The Bush administration was criticized in December when it was the only western government that refused to sign on. The move was made after an interagency review of the Bush administration's position on the nonbinding document, which was signed by all 27 European Union members as well as Japan, Australia, Mexico and three dozen other countries, the officials said. The officials spoke on condition of anonymity because Congress was still being notified of the decision. They said the administration had decided to sign the declaration to demonstrate that the United States supports human rights for all. 'The United States is an outspoken defender of human rights and critic of human rights abuses around the world,' said one official. 'As such, we join with the other supporters of this statement and we will continue to remind countries of the importance of respecting the human rights of all people in all appropriate international fora,' the official said. The official added that the United States was concerned about 'violence and human rights abuses against gay, lesbian, transsexual and bisexual individuals" and was also "troubled by the criminalization of sexual orientation in many countries.' … 'In the words of the United States Supreme Court, the right to be free from criminalization on the basis of sexual orientation 'has been accepted as an integral part of human freedom',' the official said."

The Vatican and the Organisation of Islamic States have been vocal in their opposition to the declaration.

Said Peter Tatchell of London's activist group OutRage! in December: "It will bethe first time in its history that the UN General Assembly has everconsidered the issue of lesbian, gay, bisexual or transgender (LGBT)human rights."

The text of the declaration, AFTER THE JUMP…

TO THE UNITED NATIONS :

Petition “For a universal decriminalization of homosexuality”

The Universal declaration of Human Rights

All human beings are born free and equal in dignity and rights.Theyare endowed with reason and conscience and should act towards oneanother in a spirit of brotherhood.

Everyone is entitled to all the rights and freedoms set forth inthis Declaration, without distinction of any kind, such as race,colour, sex, language, religion, political or other opinion, nationalor social origin, property, birth or other status.

Everyone has the right to life, liberty and security of person.

No one shall be subjected to arbitrary interference with hisprivacy, family, home or correspondence, nor to attacks upon his honourand reputation. Everyone has the right to the protection of the lawagainst such interference or attacks.

1. No one shall be subjected to arbitrary or unlawful interferencewith his privacy, family, home or correspondence, nor to unlawfulattacks on his honour and reputation.

2. Everyone has the right to the protection of the law against such interference or attacks.

We ask the United Nations to request a universal abolition of theso-called “crime of homosexuality”, of all “sodomy laws”, and lawsagainst so-called “unnatural acts” in all the countries where theystill exist.