After showing her class the 2002 film adaptation of The Laramie Project, about the hate crime killing of Matthew Shepard, Debra Taylor's high school class wanted to film scenes for a class project. A few weeks later she was fired. Students say it's because the community is homophobic. 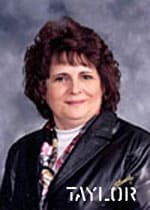 USA Today reports: "Taylor, 50, knew the project was controversialwith strong language, but got her principal's permission. A few weeksinto it, the principal told her to stop production. After studentsprotested, she held a 20-minute ceremony in a nearby park in whichstudents wrote their thoughts and rolled them into helium balloons,then released them. The next day, Taylor says, Superintendent EdTurlington canceled the class. After she complained to a school boardmember, Turlington put her on paid leave and recommended that she befired. The school board approved her resignation Friday. Taylor says she was let go for complaining tothe board member, but others say it was a result of the play's subject:homophobia. 'They don't want something like this addressed in ourcommunity,' says senior Matt Ebner, one of Taylor's former students."

Said Taylor: "I didn't ask [the students] to change their belief systems, but whatI asked them was, 'Can you be tolerant of those that are different fromyou?' Many times the students came back and said, 'I don't like gays.'I said: 'I'm not asking you to like gays. But can you be tolerant?'"

Sexuality Information and Education Council of the United States (SIECUS) is urging people to contact the school's superintendent at 580-479-5237 or email him at eturlington@grandfield.k12.ok.us.

Watch a local news report on the incident, AFTER THE JUMP (warning: video is autoplay)…