Time magazine: Is it time to end marriage? 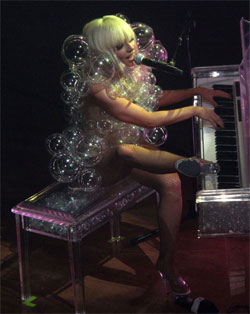 Lady GaGa breaks out the bubbly in San Diego.

Gay Israeli couple offered "maternity leave" for first time: "Yonatan
Gher, director of Jerusalem's nonprofit Open House Pride and Tolerance
organization, has received institute approval of a 64-day leave from
work on the occasion of the birth of his biological son, born of a
surrogate mother in India. His partner of seven years commenced formal
adoption procedures, so that the child will be formally recognized as
his as well."

Harry Connick Jr. lets it all hang out.

Our Towleroad correspondents Josh & Josh make the NYT and show how time can be well-spent during a recession.

The Gay Men's Chorus of Los Angeles are a bunch of Proud Marys. 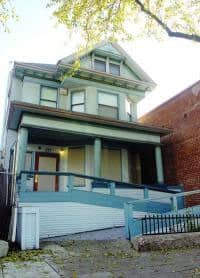 Burundi restores bid to criminalize homosexuality: "Senators last month voted through a draft criminal code law that
abolished the death penalty but they rejected an amendment that would
make homosexuality punishable by a jail sentence of up to two years. The lower house National Assembly reinstated that clause to the draft on Friday."

NBC's Kings warps the Biblical tale of Jonathan and David in an anti-gay way.

Times are bad but likely worse for the homeless, runaway, and at-risk LGBTQ youth that go to the Ruth Ellis Center in Detroit 11,000 times a year. We hear that the center is facing some hard times right now (as many people are) but if you're looking for somewhere you might direct your philanthropy you might want to find out more about it. 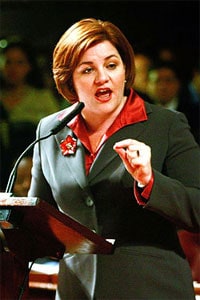 The Rochester cops that are suing the city of Rochester over the gay bashing incident don't want city lawyers to defend them, obviously.

The Guardian's Music Weekly Extra talks to the Pet Shop Boys. And the BBC spends five minutes with the pair.

Post-Wright: Obama's circle of 5 pastors.
"All are men, two of them white and three black — including the Rev.
Otis Moss Jr., a graying lion of the civil rights movement. Two, the
entrepreneurial dynamos Bishop T. D. Jakes and the Rev. Kirbyjon H.
Caldwell, also served as occasional spiritual advisers to President
George W. Bush. Another, the Rev. Jim Wallis, leans left on some
issues, like military intervention and poverty programs, but opposes
abortion.
None of these pastors are affiliated with the religious right, though
several are quite conservative theologically. One of them, the Rev.
Joel C. Hunter, the pastor of a conservative megachurch in Florida, was
branded a turncoat by some leaders of the Christian right when he began
to speak out on the need to stop global warming."