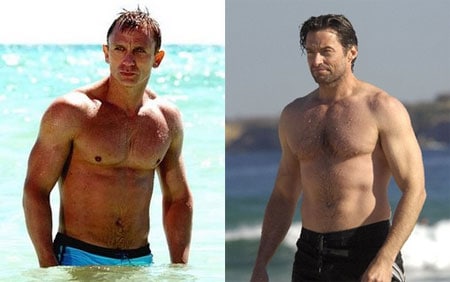 The New York Post reports that Daniel Craig and Hugh Jackman are coming to Broadway, together:

"The drama, 'A Steady Rain' by Keith Huff, is about two Chicago cops
whose lifelong friendship is put to the test when they become involved
in a domestic dispute in a poor neighborhood…Although 'A Steady Rain' is harsh and harrowing, one Broadway wag
predicted that even those theatergoers whose tastes run to splashy
musicals will want to see it. Said the wag: 'Daniel Craig and Hugh Jackman in police uniforms? All the boys will be there!'"

Previous Post: « CNN on Lt. Dan Choi’s New Battle: LGBT Rights
Next Post: The Reason, He Said, Was Because it Was God’s Will »