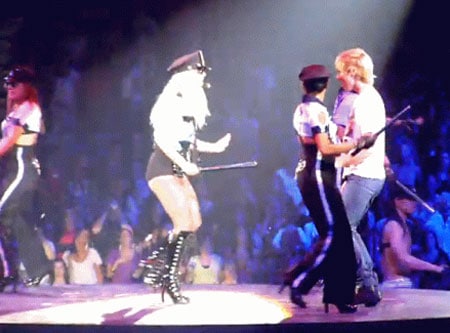 20-year-old Kyle King described himself as "amused" on his MySpace page two days after being arrested for jumping on stage at the Mohegan Sun resort during the Britney Spears concert Saturday night.

TMZ reports: "Connecticut State Police say they arrested 20-year-old Kyle King — who they say had definitely been drinking — after he charged on stage during Britney's encore performance of 'Womanizer.'Security and Brit's backup dancers were able to stop King before he could come in contact with Spears — and he was arrested for breach of peace.The CSP says after King was taken into custody, he was being highly uncooperative — so they also booked him for interfering with police.He was released this morning after paying a $250 bond and is due in Norwich Superior Court on June 18."

Maybe slightly less idiotic than thinking the polar bears at the zoo are going to play with you, but not much. King is running the TMZ article and an animated gif of the encounter on his MySpace page, on which he says he is gay. Watch the encounter (at about 2:15) which clearly startles and angers Britney,
AFTER THE JUMP… 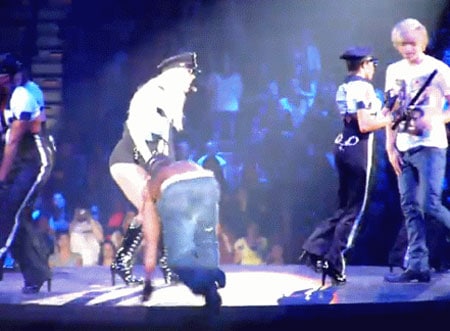