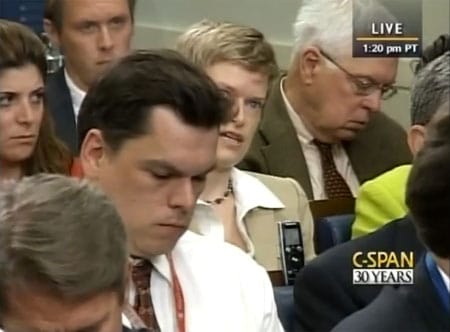 Gibbs could not have been more dismissive.

Eleveld: "The President supported the Defense of Marriage Act — full repeal of that — during the election. Now that same-sex couples can marry in five different states, what is the President doing to make sure those marriages can be recognized at the federal level, and what's the timeline for something like that??"

Previous Post: « The Bockwoldts: Gay and Straight Siblings Bond Over Rugby
Next Post: Johnny Weir to Skate on to the Big Screen »