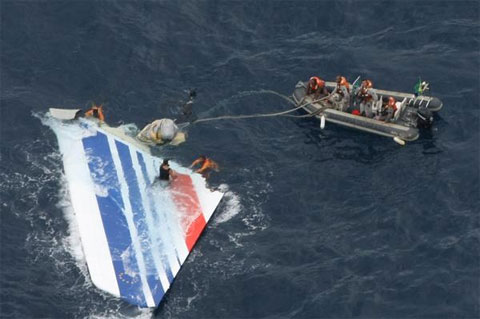 Authorities in Brazil have released photos of portions of Air France 447, which crashed mysteriously early last week amid thunderstorms in the middle of the Atlantic Ocean. 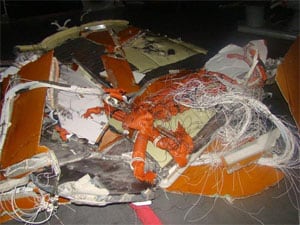 CNN reports: "The bodies were found floating about 700 miles (1,100 kilometers) from
the Brazilian coast. Items found in the same area Saturday were
confirmed to have come from the jet, including pieces of the aircraft's
wing section, luggage and a leather briefcase containing an airplane
ticket with a reservation code for the doomed flight…The exact location of the crash has not been determined, since ocean
currents likely caused the bodies and debris to drift in the six days
since the crash. And two key pieces of evidence — the flight data and
cockpit voice recorders — remain missing, and could lay on the ocean
floor."

Also: "Investigators in Paris said Saturday that the Air France flight sent out 24 automated error messages lasting about four minutes before it crashed. The error messages suggest the plane may have been flying too fast or
too slow through severe thunderstorms it encountered before the crash,
officials said. They also reported that the airline had failed to replace a part, as recommended by the manufacturer, Airbus." 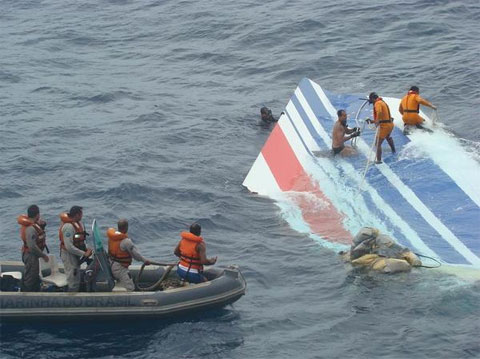