LGBT activists and leaders have notified Mayor Richard Daley of concerns they have over the possible appointment of homophobic pastor Wilfredo De Jesus as a replacement for 26th Ward Alderman Billy Ocasio, the Sun Times reports: 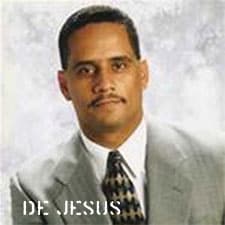 "Ocasio, who has resigned his seat and has signed on as a top adviser
to Gov. Quinn, has asked Daley to appoint De Jesus, senior pastor of
New Life Covenant Ministries, to replace him in the Humboldt Park ward. De Jesus, an influential evangelical minister with 4,000 church
members, has taken stands and uttered words that infuriate many in the
city's gay, lesbian, bisexual and transgender community. His megachurch belongs to the Assemblies of God sect, which believes
that 'homosexual behavior is a sin because it is contrary to God's
created order for the family and human relationships.' De Jesus opposed the proposed Pride Campus, a high school that would
cater to GLBT students, telling the Booster newspaper, 'What about that
girl who is a virgin, who is being harassed by lesbians and guys to
have sex, and yet you're going to build a gay school?' he said. 'It's
not fair.'"