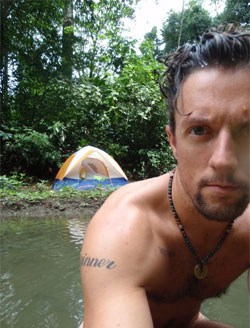 Jason Mraz shares his tips for squatting in the woods.

Setting the Gay Wedding Table: the birth of a new California campaign? "…a little-known gay-rights group based in politically savvy
Sacramento has suddenly become a major power broker — by very cleverly
and very quietly filing the first official ballot language for a
pro–gay marriage measure for 2010. 'We really see ourselves as
moderators of the situation,' says Chaz Lowe of Sacramento, co-founder
of a brash new group that is taking action without waiting for the old
guard — Yes on Equality. 'That way, there doesn’t have to be infighting
between Equality California and the Courage Campaign.'"

'Loving Day' is coming up.

What to expect from Neil Patrick Harris this Sunday at the Tony Awards: "Maybe no shirt. Maybe just the tux and the tie. Maybe not." 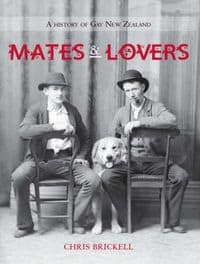 Hills airhead and PETA spokesperson Audrina Patridge chows down on burgers in Carl's Jr. T&A ad: "I had an absolute blast shooting. It was my first experience shooting
a spot with food, and when I pulled up, I was literally salivating
looking at all the rows and rows of perfect burgers waiting for me!"

Catfight between Real Housewives of New York and New Jersey. 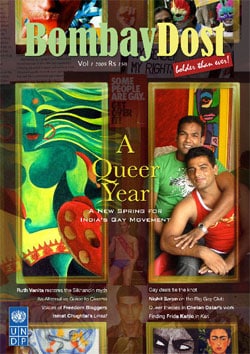 Bombay Dost, India's first and only LGBT magazine, relaunches: "The original Dost, which
printed from 1990 to 2002, was available mostly
through roadside vendors and often wrapped in plain
brown paper. 'There is a sense
that certain sections of Indian society are now much
more liberal and tolerant, something that would be unheard
of back in 1990,' editor Vikram Phukan told
Advocate.com via e-mail. Six weeks into
the relaunch, Bombay Dost has sold two thirds
of its initial print run — nearly 1,000 copies."

Former candidate names South Carolina lawmakers who are closeted: “We have more gay people serving in South Carolina than probably in
anyplace in the United States; they’re just not out of the closet. We have an awful lot of people in the closet
— Lindsey Graham, Glenn McConnell who’s our Senate president pro tem,
our Lt Governor [André Bauer].”

Alberta, Canada passes legislation allowing parents to pull their kids out of school when classes are being taught on sex, religion or sexual orientation. Lawmaker: "People of Alberta are better off for it and we had the courage to actually bring it forward."