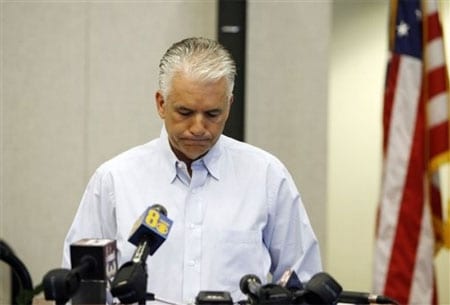 Nevada GOP Senator John Ensign, who has been a vocal opponent of same-sex marriage, supported a constitutional amendment banning it, and called on President Clinton to resign over the Lewinsky affair
(“I came to that conclusion recently, and frankly it’s because of what he put his whole Cabinet through and what he has put the country through. He has no credibility left.”), acknowledged having an extramarital affair with a former campaign staffer yesterday. Her husband had formerly worked in Ensign's Senate office.