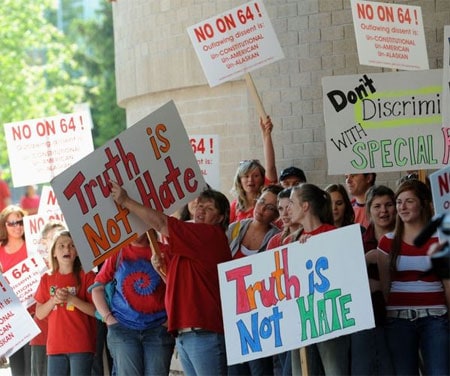 Hundreds turned out for hearings on a proposed anti-discrimination ordinance in Anchorage, Alaska on Tuesday. So many turned up to speak that only 88 of  317 people were able to testify, the Anchorage Daily News reports:

"Efforts to extend the meeting to hear from a few more of them failed to get the needed eight-vote supermajority. Ossiander said the testimony will pick up again next Tuesday. The 250-seat Assembly meeting room filled long before the public
hearing began. The overflow crowd spilled over to the 230-seat Marston
Theatre across the lobby in Loussac Library, and outside scores of
other people loudly demonstrated for and against the ordinance. The first hours of the extended proceeding brought emotional testimony
from both sides. Some seemed angry, others afraid, many were nervous.
Voices quavered. Some people cried."

The ordinance would protect gays and lesbians against discrimination in "housing, employment, and finance" according to the paper. 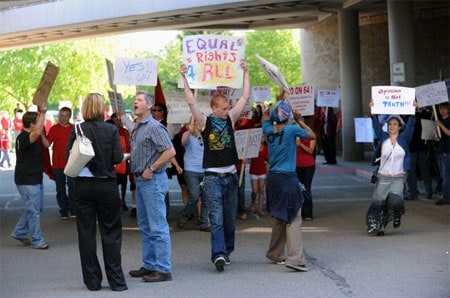