A memo detailing recommendations from the Council of State of The Netherlands was leaked to Christian newspaper Nederlands Dagblad this week suggesting that schools there can ban gay teachers. The memo is the result of a study undertaken following the firing of a gay schoolteacher in the central Netherlands village of Emst 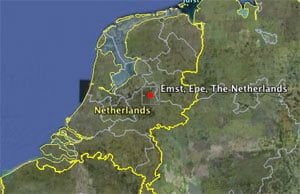 NRC Handelsblad reports: "The Council of State, the highest advisory body to the Dutch government, says
religious schools can exclude gay teachers if they behave in ways that go
against what the institution stands for, even if it’s outside the classroom.
According to the advisory paper, schools are not allowed to discriminate,
but they do have a right to make specific demands of their staff. European
guidelines entitle schools to 'demand explicit loyalty from their staff'
to pass on their values, the council says. Those demands have to be directly
related to the foundations of the school or other religious institutions. The current anti-discrimination law in the Netherlands states that even
religious schools are not allowed to let the "single fact" of
someone's sexual preference, race or gender be a factor in the hiring or
firing process. But the law leaves room for so-called "additional
behaviour" to be factored in. A teacher could be dismissed for "a
certain lifestyle" that goes against what the institution stands for; a
relationship with someone of the same sex could be qualified as such."