In an editorial published today, the New York Times attacks the Obama administration over the recent Department of Justice brief defending DOMA, saying that the administration not only hasn't done much for LGBT people, but with this it "struck a blow for the other side." 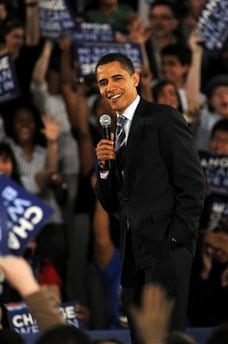 "The brief insists it is reasonable for states to favor heterosexual
marriages because they are the “traditional and universally recognized
form of marriage.” In arguing that other states do not have to
recognize same-sex marriages under the Constitution’s 'full faith and
credit' clause, the Justice Department cites decades-old cases ruling
that states do not have to recognize marriages between cousins or an
uncle and a niece…

"…The best approach of all would have been to make clear, even as it
defends the law in court, that it is fighting for gay rights. It should
work to repeal 'don’t ask, don’t tell,' the law that bans gay men and
lesbians in the military from being open about their sexuality. It
should push hard for a federal law banning employment discrimination.
It should also work to repeal the Defense of Marriage Act in Congress.

"The
administration has had its hands full with the financial crisis, health
care, Guantánamo Bay and other pressing matters. In times like these,
issues like repealing the marriage act can seem like a distraction — or
a political liability. But busy calendars and political expediency are
no excuse for making one group of Americans wait any longer for equal
rights."