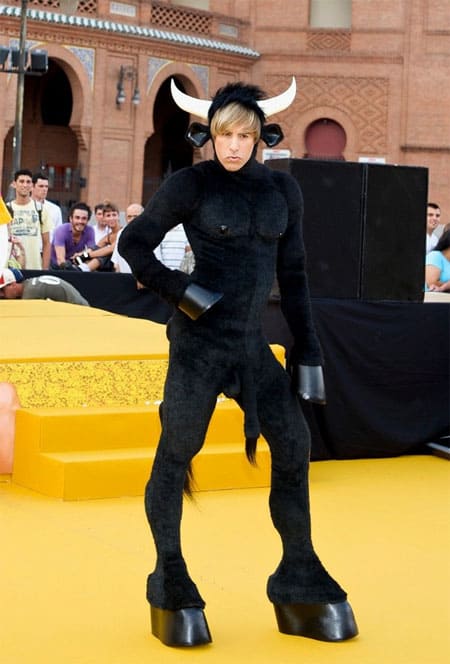 Following Lederhosen in Paris, and a Queen's Guard uniform in London, Sacha Baron Cohen showed up to the Madrid premiere of Bruno in this bull outfit, with its anatomy on full display.

And here's a bit more from The Guardian's review of the film I linked to earlier:

"And again, he lures theunsuspecting into shameful acts – getting Latoya Jackson to eat sushioff a naked Mexican gardener, for example, or gaining showbiz moms'consent to dress their children as Nazis.

"Beneath the idiocy,Baron Cohen is also a politically astute agent who's devised aningenious way to confront and expose serious social issues – andindulge his own exhibitionism.