Friends of an Arkansas man have started a campaign and website to find 23-year-old Bryce Faulkner after they say he was sent unwillingly to an "ex-gay" therapy ministry: 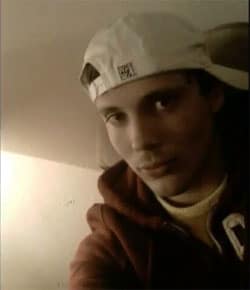 "Faulkner, 23, was preparing to come out to deeply religious family in Arkansas when his mother discovered his emails to his boyfriend, Travis who lives in Wisconsin. Bryce was given an ultimatum of being kicked out of his family and put out on the street or going into ex-gay therapy. Before Bryce disappeared his boyfriend Travis recieved one last phone call on June 15th and was crying uncontrollably saying, ‘You should have heard the mean and hateful things they said about me. They made me read out loud passages from the Bible’.'One of the last things he said to me before falling asleep was, ‘Promise me you will be strong for me and for us’.' Travis said.Travis believes Bryce may be at an Exodus International ministry in Florida. He said a friend of the family had heard Faulkner would be in Mississippi for three weeks and then in Florida for 14 months.His friends have created a ‘Save Bryce’ web campaign to find out where the student is."

This story has more than a few similarities to the 2005 story of a teen named Zach who sent out a cry for help on his MySpace page before being sent away to a "Love in Action" "ex-gay" reparative therapy camp.

Watch a video the group has created about Faulkner, AFTER THE JUMP…