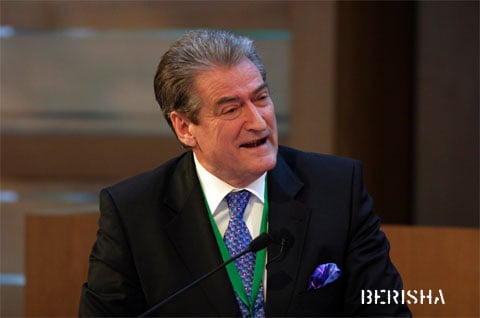 As the U.S. lags, the Mediterranean Republic of Albania is reportedly set to make a push for same-sex marriage for its citizens, perhaps to help it attain membership in the EU: 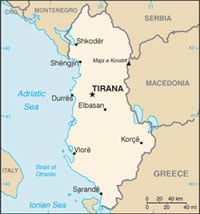 "Albanian Prime Minister Sali Berisha announced in a cabinet meeting on Wednesday that the government would push for a law that recognises homosexual marriages. 'This is an important law against discrimination,' said Berisha, who often stresses the importance of family values.

The prime minister said that the law had already been put to parliament and that MPs should treat it seriously because it provides a legal basis against discrimination, bringing the country into line with a framework already approved by the EU, which Albania aspires to join.

Although deeply secular, Albania is one of the three countries in Europe with a Muslim majority – with Bosnia and Kosovo – and it is unclear how the government’s decision will be accepted by the public."

According to Javno, Muslim and Catholic leaders have condemned Berisha's proposal as "unholy" and "buffoonery"…"Albanian lawyers predicted a tough road ahead for the new proposal.
Berisha surprised even human rights activists who had proposed a draft
to avoid discrimination against ethnic minorities and marginalized
groups, including homosexuals."