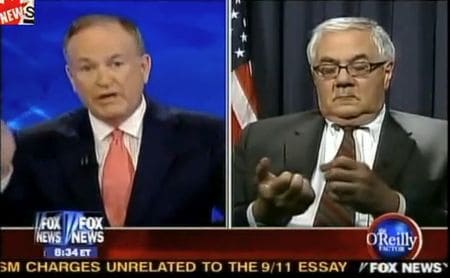 Bill O'Reilly devotes a segment to analyzing (with the assistance of "America's body language expert" Tonya Reiman) the way Barney Frank looks at his nails while being interviewed by him on an earlier broadcast. One response to this might be another non-verbal gesture Reiman should be able to interpret quite handily.
Previously, frequent guest Reiman has sat on her hands while O'Reilly didn't compare Nancy Pelosi to Adolf Hitler.
Video after the jump…