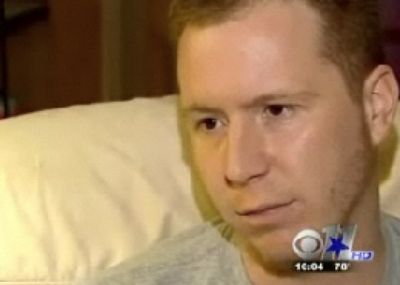 Chad Gibson, beaten during the infamous Rainbow Lounge raid, is speaking out on his injuries and says he has no memory of what happened.

"I was at the bar buying drinks for my friends and I. The next thing I remember is waking up in the ICU. I'm just appalled that they took it to the level that they did."
Gibson's blood clot behind his right eye poses a threat to his health if it does not dissolve gradually.
"A lot of the doctors I've talked to say you can't get this kind of blow to the head from just falling, if I had just fallen like they said I did."
Fort Worth Police Chief Jeff Halstead still maintains it was not his department but the TABC (Texas Alcoholic Beverage Commission) who arrested Gibson. Gibson—who is currently seeking legal advice—doesn't buy that, demanding that responsibility be taken.
"I want the truth."
In an interview with WFAA-TV, Gibson went further, saying the police officers involved should be prosecuted for what he terms "a cover-up."
He's grateful for all the support he's getting, saying, "There are so many people out there that are doing that fight for me."