Friday's Chicago Sun-Times made this quiet announcement, buried in a gossip column: 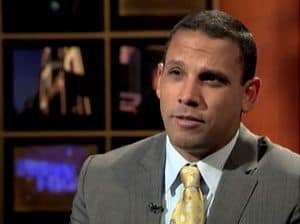 "Congrats to Chicago Public Schools chief Ron Huberman and his partner, Darren DeJong, on the birth Thursday of their first child, Aiden DeJong Huberman. The dads are delighted."

Sun-Times columnist Carol Marin assesses the scant attention given this announcement, comparing it to hesitancy about her own birth announcement, noting both Huberman's private personality as well as the difficulties faced by gay parents who want to raise a child without many of the rights afforded heterosexual couples:

"My small debate back then over balancing the public and the private in no way compares to what a gay couple such as Ron Huberman and his partner deal with, even today.

While some of us see the Huberman story as one that further advances a view of the normalcy of gay families, state Rep. Greg Harris (D-Chicago) reminded me Friday that it also "further advances the outrage of opponents. . . . For people who believe in equality, it's quietly reassuring . . . but not necessarily for the opposition."

Harris, who is gay, continues to spearhead efforts in the Illinois General Assembly to pass not only a civil union bill but one that legalizes gay marriage in this state. It hasn't been easy, but it's made more difficult now by an economic crisis that trumps virtually everything else.

As a result, Illinois' gay and lesbian citizens still do not possess the same rights as the rest of us.

But there is always hope. And today, that hope is wrapped in a blanket and watched over by two soon-to-be-sleep-deprived fathers.

Blessings to you, young Alden DeJong Huberman and to those who love you."