There's a large coalition of LGBT groups in California that have joined a movement called "Prepare to Prevail" which advocates holding off on any attempt to place an effort to repeal Proposition 8 on the 2010 ballot. They have been endorsed recently by the National Gay and Lesbian Task Force, The Alice B Toklas LGBT Democratic Club, and the ACLU. 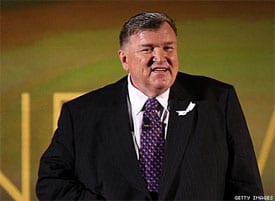 There are also many who believe that it is not the right time or tactic for a National Equality March on Washington.

"The cabal of powerful decision makers wants everything to be safe,
clean and perfect before moving. Don't upset anyone, don't jump ahead
of ourselves and most of all don't deviate from a well-laid plan that
hopefully will eventually lead to victory. Every one of our allies has
to be comfortable, the polls have to show us way ahead, and proof of
victory has to be assured before trying anything new. The unpredictable
grassroots could be destructive and create instability. Sounds pretty good doesn't it? Except that it doesn't fit any
model of success that I have seen in my near 50 years of organizing. In
fact, my journey has proven to me that the unpredictable often is just
the stimulus that movements need; victory often comes from an unplanned
event that organizers could not have pulled off if they had worked
years to do it. Most candidates would never be elected to office if
they waited for their turn, had hard proof of victory and listened to
the political pros. Our own current president is a perfect example of
this fact."

How do you feel about waiting?