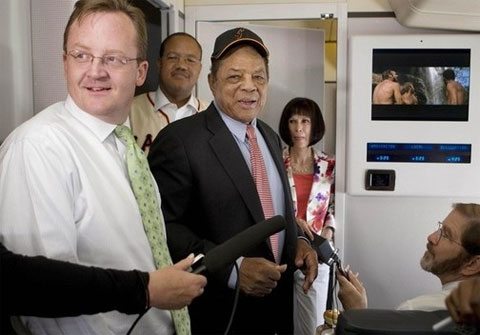 A photo of Willy Mays aboard Air Force One inspired some amusing conjecture over at Wonkette yesterday concerning the in-flight movie playing aboard the plane. It was quickly identified as Planet of the Apes by one of the commenters, but one suggested it was "the live-feed from the Senate Republicans’ cloakroom."

Another answered, "Yes, fine, it is just Planet of the Apes, but to be fair, there were a LOT of man-asses in that movie."