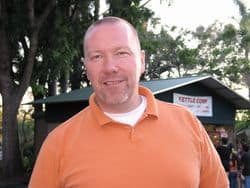 In it, Hildebrand says the president did not read the offensive DOJ brief before it came out, but "he expects much better from his administration" and "he subsequently has read the brief and was not happy at all with both the direction as well as the language that was used."
Hildebrand has communicated directly with the president on the uproar over that document.
"I told him very clearly that many in the gay community across the country are getting very anxious and that folks have felt very hurt by the Justice Department brief—the language that was used in it. He reassured me that he will not disappoint the gay community during his time as president, that the promises he made during the campaign are promises he will fulfill, and he was very forthright about his commitment to equality."
Hildebrand also blew off the possibility of a rumored deal between HRC and the administration to put Don't Ask, Don't Tell on the back burner:
"…I think that's pretty crazy. Anybody who followed Barack Obama during the campaign and anybody that really knows the guy—he's not exactly one who's out cutting deals with special-interest groups on the left or the right for the timing of various legislative initiatives. Barack Obama as president and commander-in-chief is, and will continue to go through, a process, methodically, to get the ducks in a row in order to get the repeal of Don't Ask, Don't Tell done in a successful way that isn't just going to happen overnight. He has to move the minds of the public, he has to move the minds of Congress and he has to move the minds of military leaders. And once that happens, and the ducks are in a row, I believe he can successfully move forward for repeal, something that he feels very strongly about and something that the spoke very passionately about."
More here.