Attached as an amendment to a defense spending bill expected to pass early next week, the Local Law Enforcement Hate Crimes Prevention Act, or, Matthew Shepard Act, passed on a voice vote on Thursday, extending protections of the 1968 hate crimes law to include sexual orientation and gender identity, the AP reports: 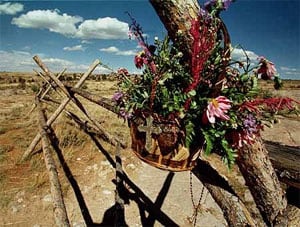 "The Senate on Thursday approved the most sweeping expansion of
federal hate crimes law since Congress responded four decades ago to
the assassination of Martin Luther King Jr….Voice vote passage came immediately after supporters cleared a 60-vote
procedural hurdle imposed by Republicans trying to block consideration
of the legislation. That vote was 63-28."

"Supporters…emphasized that prosecutions under the bill can
occur only when bodily injury is involved, and no minister or protester
could be targeted for expressing opposition to homosexuality, even if
their statements are followed by another person committing a violent
action. To emphasize the point, the Senate passed provisions
restating that the bill does not prohibit constitutionally protected
speech and that free speech is guaranteed unless it is intended to plan
or prepare for an act of violence. The Traditional Values
Coalition had expressed concern in a letter to senators that a pastor
could be prosecuted for "conspiracy to commit a hate crime" if a sermon
resulted in a person acting aggressively against someone based on
sexual orientation."

There is a potential pitfall to the bill's passage: "Though the
amendment garnered three votes more than necessary to reach
cloture, the fate of the hate crimes measure is now
partially linked to $1.75 billion in funding for F-22
fighter jets that is also included in the DOD
legislation. President Barack
Obama and Secretary of Defense Robert Gates both oppose
the F-22 program and a White House spokesperson said the
president will not sign a DOD bill that continues to
fund the program."