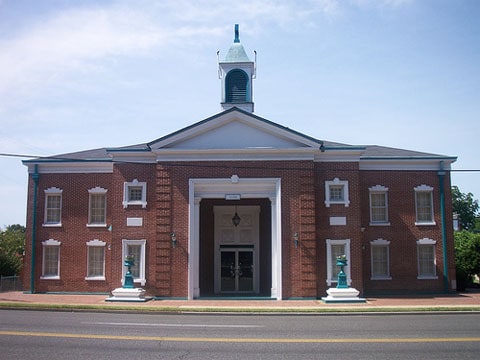 A lesbian couple say they were assaulted at the New Olivet Baptist Church in Memphis yesterday: 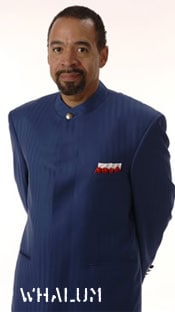 "Monique Stephens, who is a lesbian, said she and her partner were
attending the 11 a.m. service at New Olivet Baptist Church because they
wanted to meet the Rev. Kenneth Whalum Jr., who they intended to
support in the Oct. 15 mayoral election. An hour into service, Whalum told the congregation to bow to the
ground and blow kisses to God, Stephens said, but she and her partner,
who are agnostic, did not move. She said Whalum and church members began calling them 'devil
worshippers' and 'gay,' among other derogatory names. Security guards
surrounded and pushed them out of the sanctuary. Stephens said her
glasses were broken and both she and her partner of three years have
bruises and scratches from the altercation. No arrests were made,
police said."

Whalum says the women were "being disruptive, boisterous and speaking loud" and were removed for tht reason, not because they were gay. Said Whalum: "If I put every lesbian out of church, we’d be putting people out of church all day long."

More from Tennessee blog Grand Divisions: "[A] security guard asked us to leave because we were disturbing God's House. I asked what had we done to disturb God's House. He could not give me an answer. He just said you two need to leave. He informed us that he had called the police. I told him because I did not clearly understand what was going on, we will just wait for the police. That's when the herd of men gathered around to physically remove us from God's House! While this was going on, the church's photographer was taking pictures of Monique and I. We begged them to stop taking pictures of us. She continued and when she finished, she blew us a kiss and said God Bless You!"