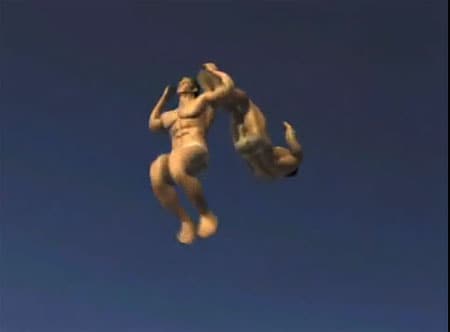 UPDATE: Apologies – I had the wrong clip in there for a bit.

I think it's time to develop this for the Wii. You may have heard about the Japanese obsession with adult film star Billy Herrington. 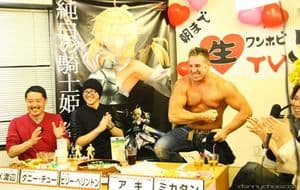 Here's the latest clip (in the form of a video game trailer)  to turn up on YouTube, with this plot synopsis:

"Deep in the forest lived Billy and his charming companions. Theypeacefully honed their bodies and listened to music there. But a waveof development came upon the forests. One who would turn all to road.Kagamine Rin had come. Billy must stop the construction before all isturned to road."

Apologies – I had the wrong clip in there for a bit. Warning: Probably NSFW.

Note: In many of the videos, baby faces are used to cover up Herrington's private parts. I have no idea why.