The Evangelical Lutheran Church in America's (ELCA) biennial General Assembly is happening later this month in Minneapolis. On the table is the question of whether or not gay and lesbian clergy (who can currently be ordained) "can have committed relationships and still be called to ELCA pulpits." 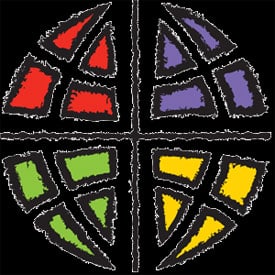 "After much discussion, in 2001 the church formed
a task force to study the matter in depth; several years later the same
task force was asked to make policy recommendations that would be put
to a churchwide vote. This month, those proposals will come before the
voting members in Minneapolis for their consideration. Among the
proposals are a 30-page social statement that defines the church's
position on sexuality and a four-step plan to lift the ban on partnered
gay ministers. If adopted by the assembly, the four-step plan
would remove the blanket ban on non-celibate gay and lesbian clergy and
empower local congregations and governing bodies to make their own
decisions on whether to allow them. The social statement can pass with a two-thirds majority vote, while the four-step plan requires a simple majority. But the latter undertaking may be easier said
than done, since even the task force could not reach consensus within
its own ranks, finishing with three dissenting opinions."