On Tuesday, I posted about Miami news anchor Charles Perez, and his filing of a discrimination complaint against his employer, claiming that WPLG had demoted him because the station was uncomfortable with "the increasingly high profile of [his] sexual orientation." 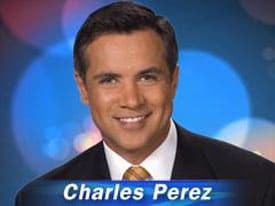 Now, Perez has been fired.

TMZ reports: "Perez believes he was fired in retaliation for filing the complaint with the EOB. The station claims Perez's recent "actions" left then 'no real choice' but to fire him.

Here's the catch — the boss who demoted him is himself gay and issued a statement saying, 'As a gay man myself, I can safely say the station does not discriminate against gay people.' The station also denies the allegation.

But Perez isn't buying it, and tells TMZ he plans on filing a '7 or 8 figure lawsuit' against both the station and it's parent company, the Washington Post."

According to the Miami Herald, "On March 16, a
private e-mail from Perez written to a family therapist was forwarded
to everyone in the reporter's online address book. The e-mail said
Perez told the therapist he needed to work through his 'gender identity
issues.' Three days later, Pohovey called Perez into his office
for a 'new' performance review, this time saying that Perez came
across 'too soft,' didn't sound 'main anchor-like' and smiled too much
with co-anchor Laurie Jennings. 'Like girlfriends.' On April 3,
Perez went to court seeking a restraining order against his former
partner, Dennis Ricardo Peña, whom he accused of leaking the private
e-mail. Later that month, Perez claims he 'began to disappear''
from station promotional spots. He lost the weeknight anchor seat July
22."