Wisconsin Attorney General J.B. Van Holllen is refusing to defend a challenge to the state's domestic partner law, which went into effect last month, because he doesn't like the new law. 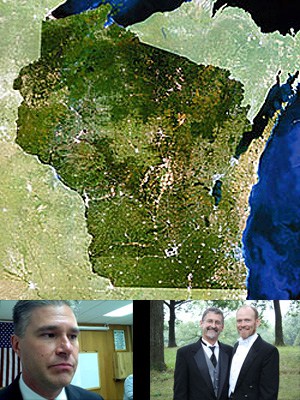 Supporters of the state's ban on same-sex marriage and civil unions want the domestic partnerships declared unconstitutional by the Supreme Court.

"The Supreme Court asked the state to respond to the lawsuit by theend of the month but hasn't decided yet whether to take the case. VanHollen, a Republican who has not ruled out a run for governor in 2010,said his decision was based not on a policy dispute but on hisresponsibility to uphold the state's constitution. Defendingthe law would require him to ignore the voters' approval of themarriage amendment in 2006 because he believes the budget provisionrecognizes a legal status that is substantially similar to the legalstatus of marriage, Van Hollen said in a statement. 'Myduty to is to the people of the state of Wisconsin and the highestexpression of their will – the constitution of the state of Wisconsin,'Van Hollen said. 'When the people have spoken by amending ourconstitution, I will abide by their command. When policy-makers haveignored their words, I will not.'"

A report on the new domestic partner law from the Capital Times, AFTER THE JUMP…