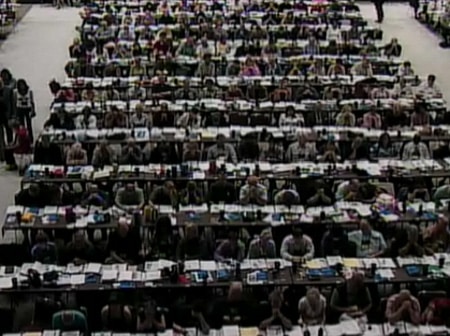 At its biennial meeting in Minneapolis, the Evangelical Lutheran Church in America voted to lift restrictions on gays and lesbians in committed relationships, allowing them to serve as clergy, Reuters reports: 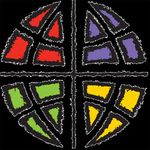 "The Evangelical Lutheran Church in America also encouraged itscongregations to find ways to support or recognize members in 'accountable lifelong, monogamous, same-gender relationships.' But it did not give official sanction to gay marriage or approve any rites for such ceremonies…Previously gays and lesbians had been barred from service unless they stayed celibate. The resolution, approved by a vote of 559 to 441, said the churchwas committed to finding ways to allow people in 'accountable,lifelong, monogamous, same-gender relationships to serve as rosteredleaders of this church.' The measure applies to clergy as well as professional lay leaders."

Earlier this week, a conservative Minnesota pastor blamed destruction caused to the convention center and the city's main Lutheran church by a tornado on the faith's movement toward acceptance of gays and lesbians.

Watch a report from North Dakota on the decision, AFTER THE JUMP…