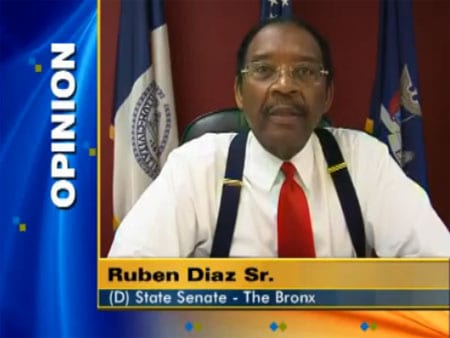 Homophobic state Senator Ruben Diaz Sr. (who has rallied clergy against same-sex marriage and fought tooth-and-nail against it in negotiations with party leaders) recorded a video for New York local station NY1 calling out Mayor Michael Bloomberg for obstructing marriage equality in the state by appealing a 2005 court decision declaring the same-sex marriage ban unconstitutional.

Diaz has likely done more to stop marriage equality from happening in New York than any other politician in the state. What a joke.