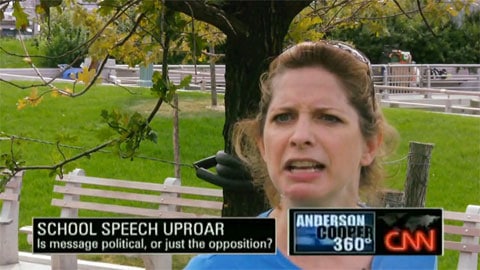 Note: This is a satire and not an actual AC360 interview, although the fact that I have to make note of that shows just how nuts this debate has become.

Says right-wing nutjob mom who's too angry to scrapbook: "Obama says he wants kids to study hard. Which we all know is a slippery slope to becoming a Nazi!"

(via crooks and liars)