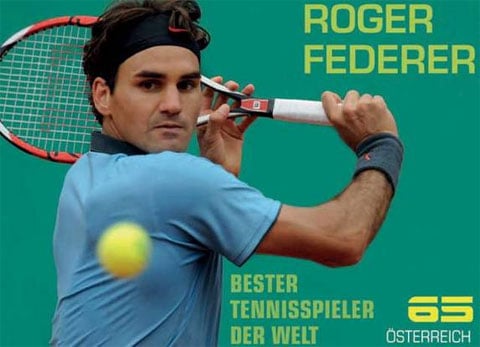 Even if you suck at tennis. In February, Austria plans to release 400,000 stamps honoring the world #1 tennis player.

Swiss Info reports: "It is not the first time Federer has been put on a stamp: Switzerland
issued one in 2007 – the first Swiss personality to be paid this honour
during his lifetime."

Previously…
Watch: Roger Federer Knows How to Use What's Between His Legs [tr]
Hot + Cold: Andy Murray and Roger Federer Strip Down at Wimbledon [tr]