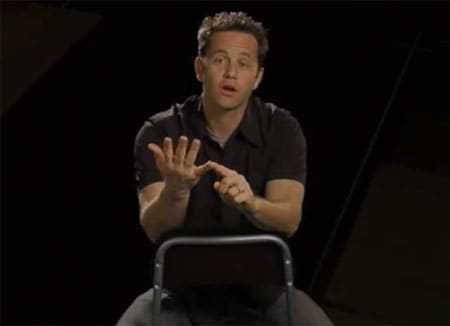 Have you heard about Bible-beater Kirk Cameron's latest project? He and his friend Ray Comfort (the banana guy) have produced a new version of Darwin's Origin of Species, just in time for the 150th anniversary of the book's publication, and he plans to get it into the hands of 50,000 students at the nation's top 50 universities. 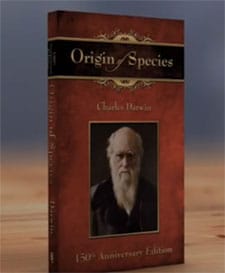 But it's not the original Origin of Species — it's the "correct" version.

You see, Comfort wrote a fifty-page introductionfor the book.

According to Cameron, their version "gives the history of evolution, a timeline ofDarwin's life, Adolph Hitler's undeniable connection with the theory,Darwin's racism, his disdain for women, and Darwin's thoughts on theexistence of God…"

And: "It also lists thetheory's many hoaxes; it exposes the unscientific belief that nothingcreated everything; it points to the incredible structure of DNA, andthe absence of any species-to-species transitional forms actually foundin the fossil record. It then presents a balanced view of creationism,with information from scientists who actually believe that God createdthe universe!—such as Albert Einstein, Isaac Newton, Copernicus, Bacon,Faraday, Louis Pasteur, and Johannes Kepler. And most importantly, thisintroduction presents a very clear Gospel message."

Watch Cameron's video, along with a really excellent response, AFTER THE JUMP…

And here's one YouTuber's response to Cameron's "Origin of Stupidity":