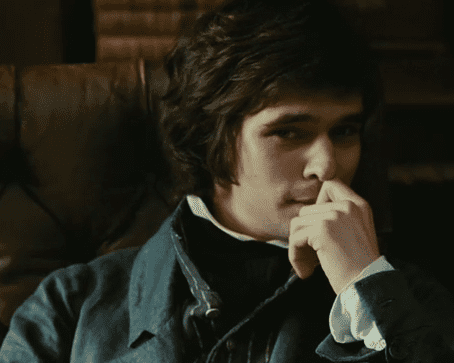 Confession: I haven't been to the movies in two weeks (the flu, work, travel, etcetera) and am suffering major withdrawal. I'll be seeking a triple feature fix this weekend. 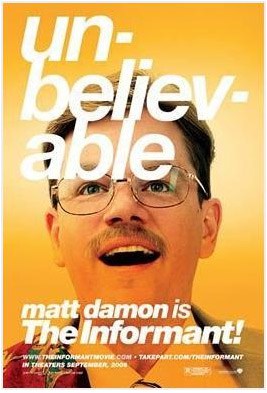 I'll start with BRIGHT STAR which could nab Abbie Cornish a Best Actress nomination this coming February as the strong-willed love of a sensitive poet's short life. I'm a sucker for a good costume drama… and sensitive man aren't so bad either. I'm also eager to catch THE INFORMANT! because the corporate whistleblower comedy looks funny in a really smart eccentric way and Matt Damon has unmistakably good comic timing that that 30 lbs weight gain couldn't possibly smother. Those are my top two choices. But the talk of the town (i.e. the internet) will likely be the Diablo Cody (Juno) scripted horror comedy JENNIFER'S BODY starring straight boy fantasy girl Megan Fox. How will her fans react (en masse) to a film where she (literally) devours them? I've heard both pro and con from friends already who saw it at the Toronto International Film Festival.

We have so much more to discuss including Glee, The Emmys, and Nicole Kidman's sex change.

If you haven't been watching Glee I think we need "a gayvention, that's a gay intervention" because it's just so wonderful in multiple ways.  Not the least of which is how it gives out lesbian and all around comic genius Jane Lynch her best role since Best in Show as the villain, a hilariously pompous and hateful cheerleading coach. The consensus seems to be that this week's third episode was maybe less than stellar …but so what. There's always so much to enjoy, like the repurposed musical numbers, this week's highlight being "I Bust Your Windows" sung by the jilted girl friend (not girlfriend!) of the gay boy.

The publicity spin for the series seems to be "it's not a musical! It just has music". The (PR) lady doth protest too much. That's an annoyingly closeted spin for a show that seems to be all aboutembracing your truest inner self, public opinion be damned. It's a musical, FOX honchos, get over it.

The EMMYS arrive this weekend with gay favorite Neil Patrick Harris hosting. I'm rooting for the enthralling Mad Men in virtually all categories. For a TV show it's deliriously cinematic (in more ways than one — I love the movie references). Who are you rooting for on Sunday night? 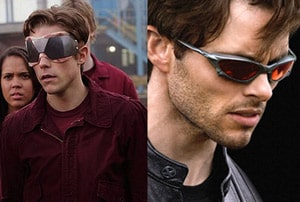 Now that Wolverine is on DVD, you can freeze frame or slo-mo Hugh Jackman's ass shot to your heart's content. That's really the only worthwhile thing about the movie, no? I hated the movie so I'd already forgotten that there was a Cyclops subplot. Seems the young Cyclops (Tim Pocock) recently tweeted that he would start shooting X-Men: First Class early next year. We'll be neck deep in X-Movies forever. As a James Marsden loyalist (Mmmmm, Marsden) I am not holding my breath for the movie.

Generally fashionable thespian Cate Blanchett wore a crocheted rug this week. It must be seen to be believed.

Dog lovers (or claymation lovers) rejoice. There's a new Wallace & Gromit cartoon coming to DVD next week, A Matter of Loaf and Death. In the new film they've opened a bakery called Top Bun. Can we expect as many saucy double entendres with buns as we got with vegetables gardens in the Oscar winning Wallace & Gromit in The Curse of the Were-Rabbit?

I am happy to report that more and more people are becoming obsessed with Irish actor Michael Fassbender (Inglourious Basterds, Hunger, 300). Please join us.

If you saw the great Swedish vampire film Let the Right One In this past year, you'll understand why director Tomas Alfredson is in such demand in Hollywood. Trust Nicole Kidman, ever fond of working with strong directors, to snag him first. He'll guide her in the long developing but never before this close to filming sex-change drama, The Danish Girl. It's the story of Einar Wegener, the first person to undergo sex reassignment surgery.

Charlize Theron, who was to have played Kidman's wife in the movie, has just left the production. Who will love Nicole Kidman now?