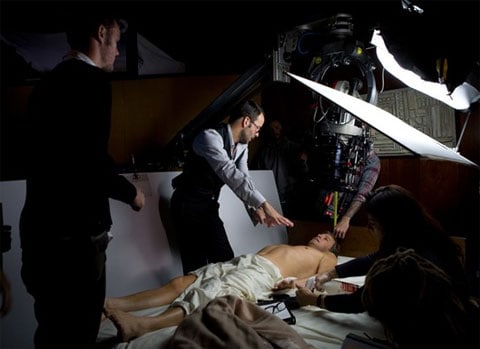 "It’s no surprise that the feature film directing debut of fashion designer Tom
Ford is a thing of heart-stopping beauty. He celebrates the male form with a
sensual reverence. He uses colour with the visual articulacy of Wong Kar Wai
and frames his shots with elegance and wit. It looks like a Wallpaper
magazine photo shoot styled by Douglas Sirk. But what is a little more
unexpected, certainly for those who were suspicious of Ford’s background in
the ephemeral world of fashion, is that this is no frothy, throwaway piece
of pretty silliness. Rather it’s a work of emotional honesty and
authenticity which announces the arrival of a serious filmmaking talent.
There will be critics who will be unable to get past the director’s
background, but rest assured: Tom Ford is the real deal.
"

Hollywood Reporter last October: "Published in 1964, the novel centers on a gay man who, after the sudden
death of his partner, is determined to persist in his usual routine,
which is seen in the span of a single, ordinary day in Southern
California."

Said Ford of the debut: "Really no one's seen it yet, so of course I'm terrified because in a way it's the most personal thing I've ever done and it's the thing that is the most expressive of who I am. If you know me as a fashion designer, people would think that I'm one thing — slick, sexy. That's something that I do as a product. This (film) for me was the first pure artistic expression that I've ever created so in that way it's much more personal to me and I'm more vulnerable in a way because it is so personal."

WWD has an interview with the director.