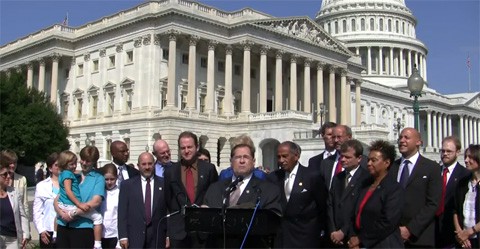 Late yesterday, I added a few videos to my post about the introduction of legislation repealing the "Defense of Marriage Act," but Rep. Jerrold Nadler's (D-NY) intro wasn't available yet. 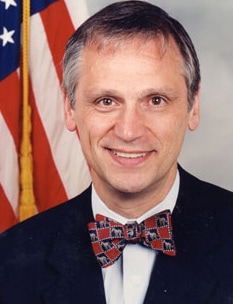 In related news, today, Rep. Earl Blumenauer (D-OR) posted a piece about how approving DOMA was the worst vote of his political career :

Having given it much thought, I was convinced that by voting forthis one federal statute against the recognition of same-sex marriage,it would somehow take the steam out of the Newt Gingrich-Tom DelayCongress, which was using the homophobic right-wing agenda to mobilizetheir base at the expense of millions of gay, lesbian, transgendered,and bisexual Americans. My hope was to simply move on and get to morepressing business at hand, including smaller steps for equality basedon sexual orientation, like legislation against employmentdiscrimination.

Since I was an outspoken supporter of anti-discrimination, I assumedthat my calculations would be understood by my friends in the communityand that we would lay this obnoxious political vendetta to rest. Wrongon all counts.

It should have been obvious to me that we would not be able to quellthis assault based on sexual orientation. Far from stopping it, thisvote fed the bigotry. Once Congress had put its imprimatur on DOMA, itwas a logical step for the homophobes and political cynics to intensifytheir efforts and make permanent a ban on gay marriage in both the U.S.and state constitutions — spawning many state initiatives andintensifying the assault.