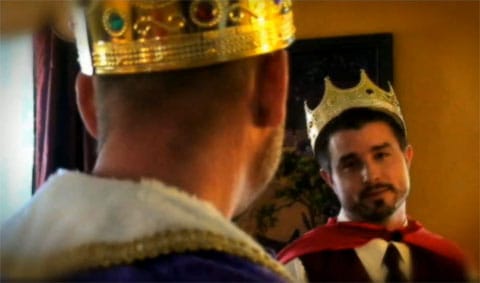 Activist Sean Chapin writes: "The Leffew Family and I have teamed up with our friends to produce a video re-enactment of the children's book 'King & King' that has recently been vilified in two TV ads from the Maine 'Yes on 1' Campaign (as well as the Yes on Prop 8 Campaign last year).  The purpose of this video is to present this book in a positive light as it was intended and to educate the public as to what this book is really about in contrast to the negative attention this book has recently received."