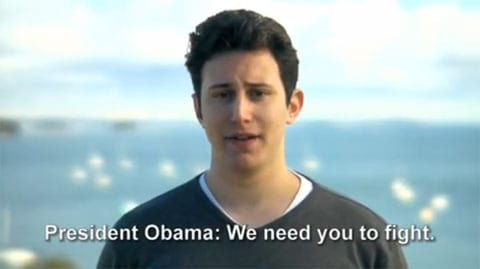 Obama's apparent preference for a "trigger" option in health care reform rather than the more progressive option with a state opt-out clause has Senate Democrats bewildered and left fighting for the most fundamental health care reform the nation has seen in decades on their own. 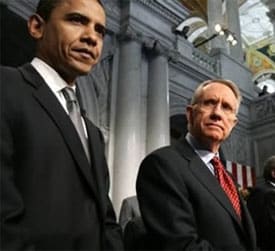 HuffPost: "President Barack Obama is actively discouraging Senate Democrats intheir effort to include a public insurance option with a state opt-outclause as part of health care reform. In its place, say multipleDemocratic sources, Obama has indicated a preference for an alternativepolicy, favored by the insurance industry, which would see a publicplan 'triggered' into effect in the future by a failure of the industryto meet certain benchmarks. The administration retreat runs counter to the letter and the spiritof Obama's presidential campaign. The man who ran on the 'Audacity ofHope' has now taken a more conservative stand than Senate MajorityLeader Harry Reid (D-Nev.), leaving progressives with a mix ofconfusion and outrage. Democratic leaders on Capitol Hill have battledconservatives in their own party in an effort to get the 60 votesneeded to overcome a filibuster. Now tantalizingly close, they arecalling for Obama to step up."

The White House's curious stance on the issue appears to hinge on Obama's concern for a bipartisan bill and the reelection of Blue Dog Democrats. It has also made the President the target of an ad and petition by the  Progressive Change Campaign Committee, warning him not to compromise.

Talking Points Memo notes: "The spot will air at least 100 times in Maine, augmented by an online fundraising drive. The group's recent ad targeting Snowe helped them raise over $100,000."

UPDATE: The White House has issued a statement regarding these reports. "A rumor is making the rounds that the White House and Senator Reid are pursuing different strategies on the public option. Those rumors are absolutely false.In his September 9th address to Congress, President Obama made clear that he supports the public option because it has the potential to play an essential role in holding insurance companies accountable through choice and competition. That continues to be the President's position. Senator Reid and his leadership team are now working to get the most effective bill possible approved by the Senate. President Obama completely supports their efforts and has full confidence they will succeed and continue the unprecedented progress that is being made in both the House and Senate.

Previous Post: « Boy George on Prison: ‘I Had it Coming for a While’
Next Post: King and King: Popular Gay-Themed Children’s Book Reenacted »