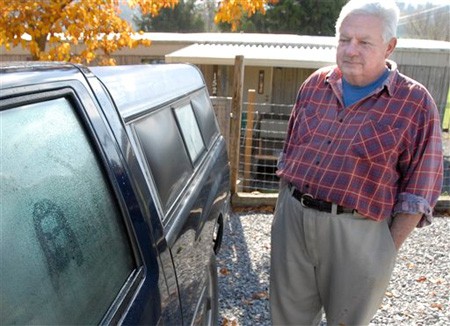 A Jonesborough, Tennessee man says an image of Jesus has appeared in the condensation on his pick-up truck window for two weeks and won't go away.

"Stevens said when he first saw the image, he figured it would
evaporate and not return. But it kept reappearing for two weeks now. Stevens said folks at the grocery store he goes to were amazed to see the image. He said he isn't going to wash the truck for a while."