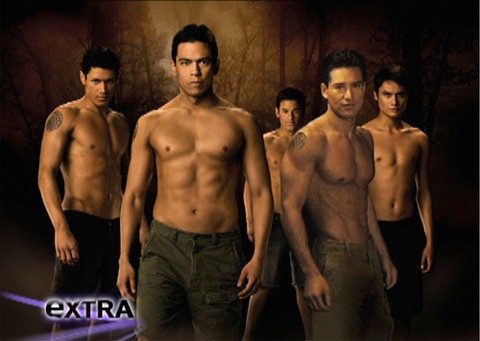 With all the frenzy surrounding Twilight: New Moon and its shirtless he-wolves, Mario Lopez is concerned he's missing out on the ab action:

In a sit-down interview with 'Extra,' Pelletier — who is nicknamed 'Slater Jr.' — joked to Lopez that, 'when we were casting this thing I thought I was gonna lose my role out to you.'

Taylor Lautner says it's 'definitely a possibility' that Lopez could join the pack. Stewart was more sure. 'You totally could be,' she said. 'We'll get you in there,' Spencer promised."