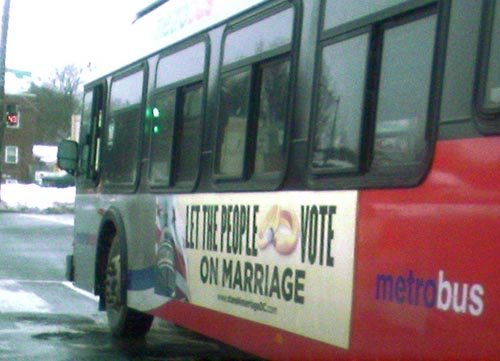 A freedom of expression battle is underway in D.C. as Stand for Marriage D.C., the most outspoken voice against D.C.'s recent legalization of marriage equality, has placed ads on the District's Metrobuses urging that citizens be allowed to vote on civil rights.