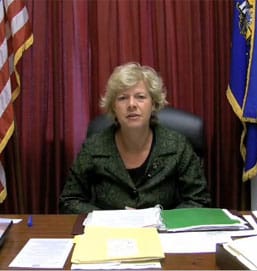 Speaking to an international
conference of gay politicians in San Francisco, U.S. Reps. Tammy
Baldwin, D-Wis., and Jared Polis, D-Colo., said they expect a domestic
partner benefits bill to come up for a vote by the end of the year and
the employment bill to reach the floor early in 2010.

The
lawmakers said they are also confident that the House will include in
the annual military spending bill next year a provision to repeal the
law that bans gays from serving in the U.S. military. All the measures
face a harder time in the Senate following the death of longtime ally
Sen. Edward Kennedy, but Baldwin and Polis said they remained
optimistic.

"I'm hopeful we
will see those three pieces of legislation make it all the way, or damn
close," said Baldwin, who is sponsoring the federal worker domestic
partner bill.

Including
transgender workers as part of the legislation to ban job
discrimination and lifting the "don't ask, don't tell" ban on gay
service members may especially meet opposition in Congress, Berry said.
But he said that with a Democrat in the White House and Democratic
majorities controlling the House and the Senate, victories were "within
our grasp."

They also said that pressure on Obama should be eased: "Although gay activists have criticized President Barack Obama for not
moving more quickly on their concerns, both Polis and Baldwin said the
pressure should be directed at Congress because the president can not
act alone."

Americablog has some questions for them…