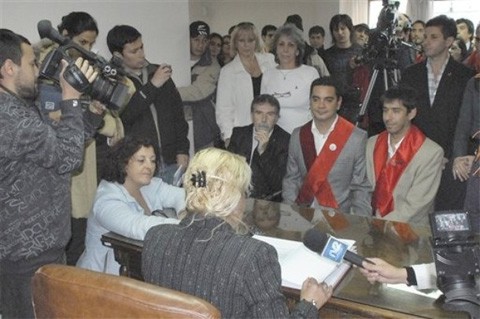 Their marriage plans in Buenos Aires earlier this month were thwarted when city officials refused to marry them because of conflicting rulings.

Argentina's Constitution is silent on whether marriage must be between a man and a woman, effectively leaving the matter to state and city officials." 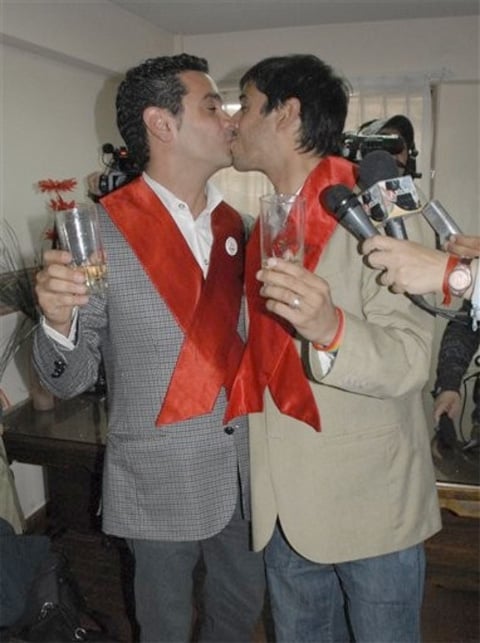