The federal trial against Proposition 8 is scheduled to begin on January 11 and Judge Vaughn Walker has suggested that the proceedings could be the first to be televised under new authorization from the Judicial Council of the 9th Circuit. 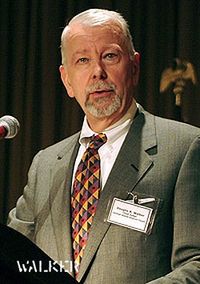 The bigots who backed Proposition 8 and will have to defend it in court are not happy:

"Television coverage could expose witnesses and other trial participants to harassment and intimidation, backers of Proposition 8 said in a court filing Monday. They said some of their witnesses 'have indicated that they would not be willing to testify' if the trial was televised.

They also argued that a long-standing court rule prohibits cameras and cannot be changed until the court invites and considers public comment. The filing by attorney Charles Cooper hinted that the Yes-on-8 campaign would ask higher courts to intervene if Chief U.S. District Judge Vaughn Walker approved TV coverage."

Prop 8 challengers want the cameras on:

"A lawyer for the couples challenging Prop. 8 supported television
coverage in a filing Tuesday, citing the 'overwhelming national public
interest in the issues.' Safety concerns voiced by defenders of the
measure are 'unsubstantiated and groundless speculation,' said attorney
Theodore Boutrous."