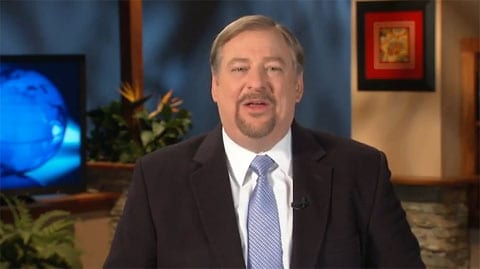 Pastor Rick Warren, distancing himself from any association with the Uganda "kill the gays" bill, released a video message to pastors in Uganda urging them to treat all with respect.

Says Warren: "The potential law before your parliament is unjust, it's extreme, and it's un-Christian towards homosexuals."

Late last month, Warren was asked about the proposed law on Meet the Press and refused to condemn it, saying that he "doesn't take sides." Interesting to see, now that pressure has built around the issue, that Warren is doing everything he can to disassociate himself.

Warren's work in Africa, his ties to anti-gay Anglican religiousfigures, and his tacit endorsement of condom-burning and anti-gay'witch hunts' in Uganda, have been well-documented in a thorough article by Max Blumenthal at The Daily Beast,