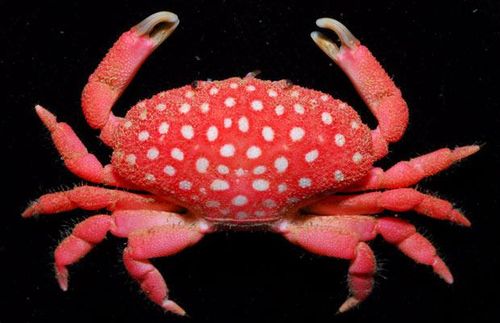 "With a bright red shell covered with small white spots, the crab
resembles a large strawberry. Scientists at the University say that the
newly discovered species is similar to the previously discovered Neoliomera pubescens,
which is native to the waters near Hawaii, Polynesia and Mauritius–but
has a broader (1 inch), clam-shaped shell that makes it a distinct new
species."